You are here:
Press releaseUncategorized 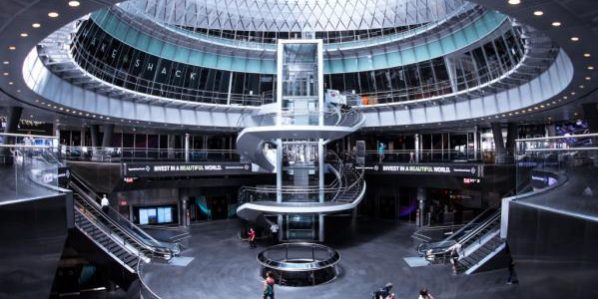 As one of the world’s leading foreign exchange organizations, Deutsche Börse Group offers investors, financial institutions and corporations access to global capital markets. With about 9,000 employees, the company is headquartered in the financial center of Frankfurt, as well as having a strong global presence in Luxembourg, Prague, London, Zug, New York, Chicago, Hong Kong, Singapore, Beijing, Tokyo, Sydney-and other locations around the world.

When the company moved into its new building in Eschborn, near Frankfurt, Deutsche Börse Group decided to upgrade audio and video conferencing equipment in the meeting rooms. With the goal of seamlessly integrating Microsoft Teams meetings and simultaneous translation into the meeting room solution, the company chose a Televic conferencing system with 34 uniCOS desktop units. These 10-inch multimedia units with adjustable touchscreens ensure that each participant can speak, see, hear, and interact by combining video, audio, and document sharing. 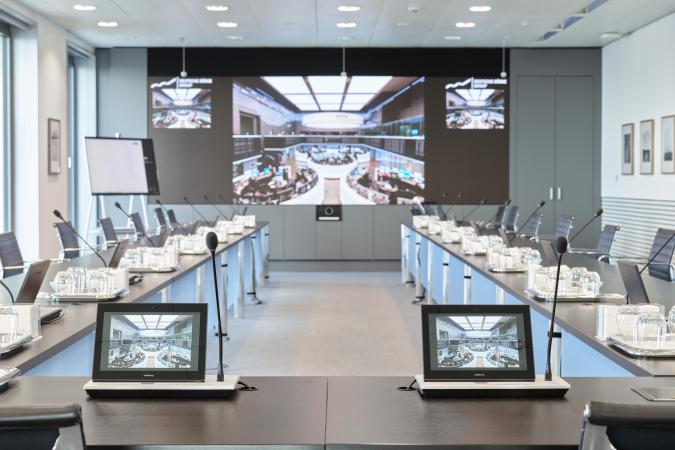 Built-in flexibility and ease of use

As part of a project focused on expanding the technical capabilities of meeting rooms, Deutsche Börse wanted to combine advanced audio and video conferencing capabilities with smooth integration of Microsoft Teams meetings. This, of course, taking into account a high level of flexibility and ease of use for both meeting participants and technical staff.

The company also needed to consider the possibility of having meetings and conferences in multiple languages. Whereas in the past simultaneous translation and interpretation technology was rented separately and built on the existing conference system as needed, Deutsche Börse now wanted to fully integrate simultaneous interpretation equipment into the meeting room (tele)conferencing system. This makes it easier for the company to hold multilingual meetings and conferences quickly and securely whenever the need arises.

Another big advantage of the new conference configuration is the ability to combine two meeting rooms-one on the ground floor and one on the 19th floor-using the same meeting solution, interface, and equipment. This is a big win for the company, both in terms of meeting room capacity and social spacing.

“Deutsche Börse carefully compared various products and solutions on the market. Our preference went to Televic for obvious reasons such as quality and tactile appearance, as well as ease of operation and configuration.” – Torsten Wagner, Corporate IT, Unified Communication and Collaboration.