A Nike event, created by the agency Rosie Lee with QED Productions and Limelight Sports, was created with a battery of Christie 4K30 Boxer projectors.
The Sun and the dimensions were the great obstacles; the Christie 4K30 Boxer projector was the ideal solution. The turbine pavilion of the Tate Modern Art Gallery in London, in fact, is an immense space: Usain Bolt takes 14,35 seconds to cover it all, while to entirely fill it would require 1.200 double-decker London buses! This beautiful space was the fulcrum of an event organized by Nike, which involved professional athletes, making them go down the street and run between the attractions of the British capital.
This is the essence of the London Fastest Night which, among other things, required a 360° daylight projection.

A technological challenge, therefore, collected by Christie and won thanks to the use of eight 4K30 Boxer projectors, which covered the East Wall and the Bridge with a total of 660.000 lumens, for a colossal projection that could be admired as much by day as at night, both with the Sun and with the overcast sky. The success of the work is appreciated even more when it becomes aware of the timing of preparation. The technicians have been able to work only from 22 hours on the day before the event, having to place each piece of equipment within 5 o’clock the next morning.
As explained Paul Wigfield, director of QED Productions, it was a challenge that only the most advanced technology could have achieved: “A daytime projection of this scale and with so little time to set it up would not have been possible without the latest 30K low power projectors.”
www.christiedigital.com

117
Christie at the InfoComm with the new Roadie and Mirage 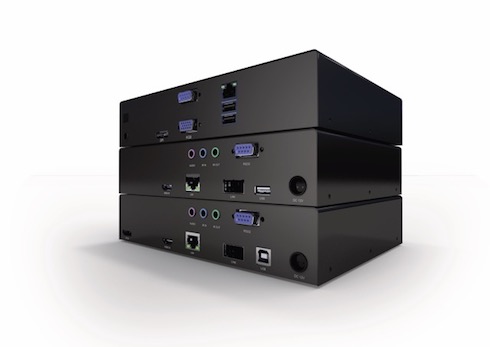