Dante, from parchment to pixel 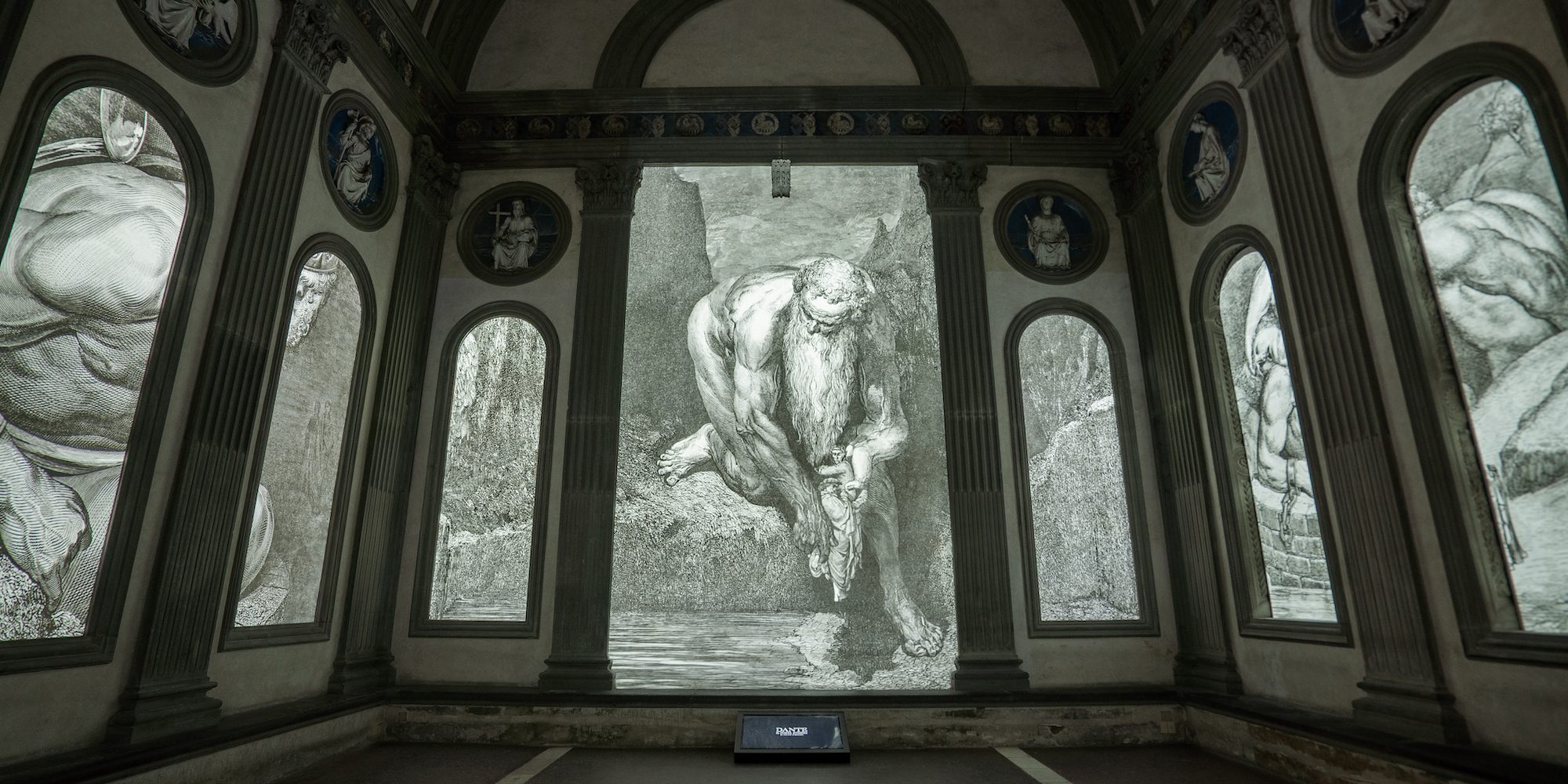 Dante, the eternal poet, is the multimodal project which was presented last week and installed in the Pazzi Chapel of Santa Croce in Florence, which creates a continuous link between architecture, art and technology.

We’ve been hearing about it for months: the new installation (open until January 2022) by the multimedia artist Felice Limosani celebrating Dante and his poetic universe on the 700th anniversary of his death. The work intertwines humanities and digital technologies, creating site specific work inside the Cappella de’ Pazzi: Limosani has given life to a sort of living book, by digitising the tables of the Divine Comedy illustrated by the nineteenth-century engraver Gustave Doré. Gustave reworked them by giving them movement and dramatic intensity, in a continuous flow that harmonises with the architecture of the chapel, considered the top masterpiece by Filippo Brunelleschi. Dragons, flames and barren landscapes give way to celestial figures. The images are accompanied by a background sound, rewritten by Limosani starting from medieval religious scores.

The project, as well as by TIM, Eni, Poste Italiane, and supported by the Tuscany Region and the Florence Chamber of Commerce, also sees the collaboration of the equally Tuscan K-array, which supported the project by designing the sound system and making Anakonda speakers, with flexible structures, which have been camouflaged within the structure of the vaults of the Chapel.

If you have a weekend free between now and January, take a trip to Florence to combine Renaissance and contemporary art.