A look at cities and workplaces of tomorrow

Six scenarios, six places, six … Earth Stations, as the title of this interesting architectural exhibition curated by Michele De Lucchi’s studio for the Milan Design Week 2018.
In the perfect “suspended” location of via Varese, between the ancient district of Brera and the Centro Direzionale of Milan, ie the redeveloped and futuristic district of Porta Garibaldi, during the week of Fuorisalone it was possible to visit a very special showroom: six splendid (and futurable) architectural projects illustrated with plastics, videos and writing, not only “provocations” but real open questions about the possible future of our cities and our places of work and study. The starting point was indeed the rapid transformation of our cities, driven by technological progress, the impact of Big Data, global demographics and the economy, increasingly driven to create sharing, even for spaces. 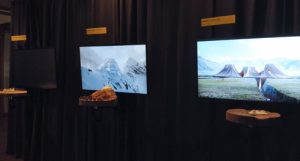 These drives open up new possible lifestyles and attitudes towards the places, and architecture – according to the group that signed the projects of Earth Stations – can only be responsible for conveying these thrusts and these collective demands. Homes, workplaces, leisure time and mobility: everything is evolving, so why look a little further, in a not too distant future? The cities of tomorrow, perhaps, will no longer be based on conglomerates of buildings designed for specific activities, but will be organized around new forms of interconnection and operational agility, principles that inspire the architecture of tomorrow. Places in which to live based on experience, in a sort of rediscovered symbiosis with the environment, so long denied by urban environments perceived as “hostile” or “chaotic”. 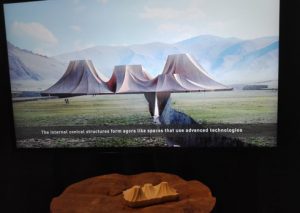 Certainly, from the point of view of smart cities (which are already starting to become reality), the Earth Stations projects are neither haphazard nor risky, but very realistic! A realism, of course, “futurable”, but it is precisely the gaze on tomorrow that will allow us to build the future. 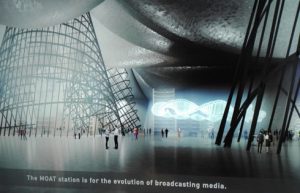 And so, from the Moat Station for broadcast events and strategic planning (as well as for teaching! Think of a University structured in this way, with a very high rate of technology…) we move to the solar and futuristic Floating Souk Station, called “market of ideas” in the illustrative video, or the vaguely fantasy flavor of the Crown Station, a double bridge with regal shapes that could host a digital library or a place of study… 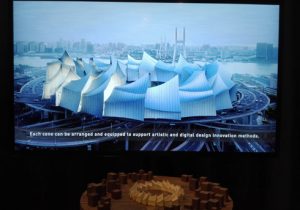 And it continues with the Mountain Station, sloping light from above, splendid space for conferences and meetings, and with the City Station, an example of future mobility, to conclude with the Cloud Station, a large and versatile space that could literally host everything , true symbol of a future life that we can still only imagine. But to imagine, after all, is the first step to build.
www.amdl.it