Five centuries after the death of Leonardo da Vinci, Italy celebrates its genius with a series of events dedicated to the works. The Enzo Hruby Foundation has contributed to two of the most important initiatives dedicated to the Renaissance Master, in terms of protection and safety.
The exhibitions “Leonardo da Vinci. Drawing the future” (Royal Museums of Turin, 16 April – 14 July) and “Leonardo da Vinci. The model man of the world” (Galleries of the Venice Academy, 17 April – 14 July), organized by the MetaMorfosi Association, are supported, as regards the protection of some of the most important masterpieces on display, by the Enzo Hruby Foundation. Among the exhibited works there is also the famous “Uomo Vitruviano”! The projects supported by the Hruby Foundation were carried out by Centro Sistemi Antifurto of Turin and by Assex Impianti of Mestre, near Venice, who joined the commitment to support these Leonardo initiatives by offering their own concrete contribution. 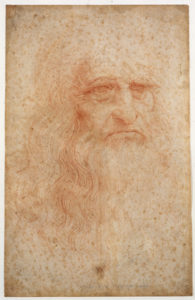 “Leonardo da Vinci. Drawing the future” offers the public the core of Leonardo da Vinci’s autograph drawings kept at the Royal Library of Turin, including among other masterpieces the famous “Code on the flight of birds”. In addition, the nudes for the “Battaglia d’Anghiari”, the horses for the Sforza and Trivulzio monuments, the “Face of the girl”, a study for the angel of the “Vergine delle Rocce” and the famous self-portrait of Leonardo are also exhibited. The exhibition is then completed by works by Verrocchio, Pollaiolo, Bramante, Boltraffio, Michelangelo and Raffaello.
“Leonardo da Vinci. The model man of the world” instead has as its fulcrum the “Uomo Vitruviamo”, around which seventy works revolve, including thirty-five autographs of Leonardo, which offer an excursus of great interest on the artist’s production and document scientific research with studies of proportion of the human body, botany, optics, physics, mechanics, weapons, and with preparatory studies for some paintings such as the “Battaglia d’Anghiari” and the “Sant’Anna with the Virgin and Child.” 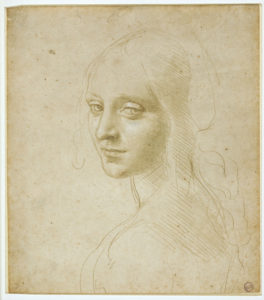 “Supporting the protection of these two extraordinary exhibitions dedicated to Leonardo da Vinci” – said Carlo Hruby, Vice President of the Enzo Hruby Foundation – “is for us a source of satisfaction for various reasons, starting from the exceptional nature of the exhibited works, prestigious locations and involved subjects. On this occasion the fruitful collaboration that binds us to the MetaMorfosi Association continues and also the partnership with the companies Assex Impianti and Centro Sistemi Antifurto is renewed, which have joined the commitment of our Foundation demonstrating a particular sensitivity and attention to the protection of cultural heritage. Our hope is that these projects of such great importance can also represent a boost to communicate the possibilities that today technology offers, with accessible costs, for the safety of the works exhibited in museums, churches and wherever constant and always active protection is required to integrate the yes safety systems present in the places of culture of our country.”
www.fondazionehruby.org