About Us Search Sign up to our newsletter Menu
Connessioni - Bridging Worlds > References > Sony: the BRAVIA series never stops

There are 17 new BRAVIA professional displays announced by Sony, with new generation integrated synthesizers and with improved image quality and renewed design

The Sony BRAVIA series of professional 8K and 4K displays is among the best known and most renowned on the market, also for its ability to renew itself. Today’s news is the arrival of 17 new models (between 8K and 4K) equipped with integrated tuners, which are added to the range already available. The new series introduces improvements in terms of images, design, performance and functionality to offer scalable solutions for business, education and retail applications.
All new models offer faster processing speeds, enhanced brightness and contrast, improved security and optimized support for Android 9, as well as the recent integration of Apple AirPlay and Sony’s latest X1 processor. The renewed design finally adds a touch of elegance to this well-known series of monitors.
All BRAVIA Professional displays also include native compatibility with Sony TEOS solutions, with integrated features such as signage, mirroring, wayfinding and meeting room management, as well as with the products of numerous partners, including Cisco, Crestron, Extron, Kramer, Logitech and Control 4. Finally, Sony’s PrimeSupport service offers a three-year warranty, with advanced parts service, provided as standard. 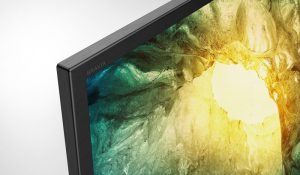