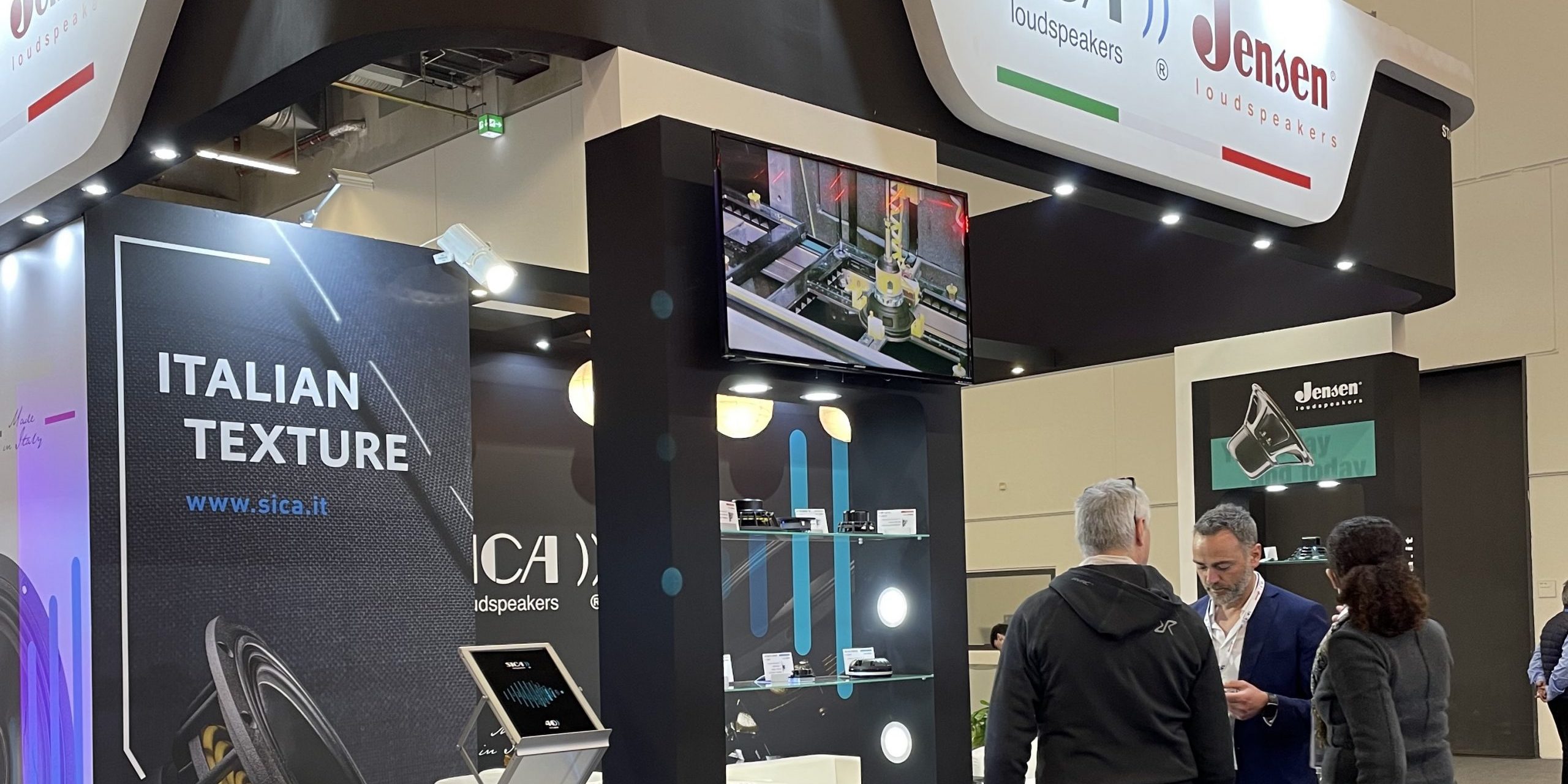 At ProLight + Sound we visited the SICA loudspeaker booth, where among the doubts about the fair and the pandemic situation, the strengths of the Marche-based company emerge with pride, these are what allowed it to react to this period of uncertainty, first of all the Made in Italy, but also the ability to customise products and the company structure.

At PL + S in the Audio Hall that this year looked a bit empty and with some of the big names missing, we find SICA, one of the very few speaker exhibitors present. Chatting with Emanuele Seri, loudspeaker design engineer at the Marche-based company, the feeling is that it could even be the last year for the tradeshow, especially due to the lack of exhibitors, rather than that of visitors. Certainly the almost concomitance of ISE in Barcelona two weeks after the Frankfurt show did not make participation easier, while COVID19 still casts some shadow on travel.

Despite this, SICA still believes in Pro Light + Sound, to which they will participate as long as possible. As a matter of fact, the company highlights that thanks to the excellent management, it has always been a great opportunity to meet European customers, with an eye also to the German market, one of the most important for the Italian company. However, the trend seems to be moving to ISE, especially for audio, and precisely following this tendency of the market, this year SICA will be exhibiting in Barcelona for the first time. Given the importance of making the systems heard, they organized different events, such as workshops and demos, hosting the guests in their respective companies, simpler alternatives during the pandemic, yet very effective.

Among the other obstacles of this period, it is worth mentioning the supply difficulties that the whole market is facing, also given the current situation in Ukraine. Emanuele proudly explains that thanks to an effective warehouse, SICA has managed to cope with problems with a certain speed and is now increasing the number of staff and production to compensate for delays. There remains the bitterness of the comparison between the delivery times before the pandemic and the war – which were about four weeks – and deliveries now – which are postponed to the end of the summer. However, despite today’s uncertainties, there has been a marked improvement for the company over the past six months. To confirm this, the order book is as rich and varied as ever.

Emanuele is convinced that this is to be attributed to some of the strengths of the company, the size of SICA was crucial in this restart phase, just right to be fast and effective both in the production and development phases, a structure that has distinguished them for all these years, also thanks to the principle of not relocating the company. In fact, Made in Italy remains a key value of SICA, which they believe must be protected to keep the market value high. This attention and care that SICA places in all the parts of its business have resulted for two consecutive years in the CRIBIS Prime Company recognition for the most reliable companies in Italy. Finally, another point of pride is the enormous ability to customize and tailor the product following the customers’ requests, so much so that those brought to the fair are just “an example”, because each solution is designed on the basis of specific requests. Among the new proposals there are two new drivers, one with a 3-inch voice coil, for large systems and arrays, the other one is instead compact for solutions where multiple drivers need to be mounted next to one another.