Riedel to the conquest of Beijing

New headquarters in Beijing and new director of business development for video networking solutions: Riedel expands and improves its development and sales structure.
Reflecting its growing market presence in the vital Asia Pacific region, Riedel Communications announced a new office in Beijing. The China office is Riedel’s fourth Asia-Pacific sales hub, following on the successful launches of the company’s Australian, Japanese, and Singaporean branches. The Beijing office represents a major first step in Riedel’s effort to establish a local infrastructure for supporting a growing Chinese customer base and will allow the company to provide tailored customer service, system design, business development, and sales functions. The Beijing office is located in the Chaoyang District and will be led by Ms. Gao Jian.
Cameron O’Neill, Director, Asia Pacific, at Riedel, commented: “As the Chinese broadcast, production, and event markets continue to expand, the time is right for Riedel to have an established presence in China. We’re very excited to open an office in China’s capital city and staff it with a great team of professionals.”
And he concluded with a promise: “The Beijing office is just the beginning of Riedel’s long-term commitment to China.” 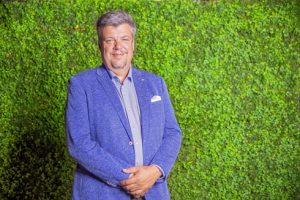 Riedel also announced the appointment of Jan Eveleens as Director of Business Development for video networking solutions. Eveleens will help drive Riedel Communications’ IP and video networking business efforts supporting product management, sales, and marketing. He will focus particularly on the further expansion of opportunities for MediorNet, Riedel’s family of real-time signal transport, processing, and routing solutions.
Eveleens joins Riedel after almost a decade serving as CEO of AXON, a leading technology company in the field of broadcast network infrastructure. Prior to joining AXON, he held general manager positions in the Netherlands over a 20-year period for leading video technology companies.
www.riedel.net