Prase | The case study of the new Temi office, exclusive GLS licensee for Naples and province

You are here:
Press releaseUncategorized 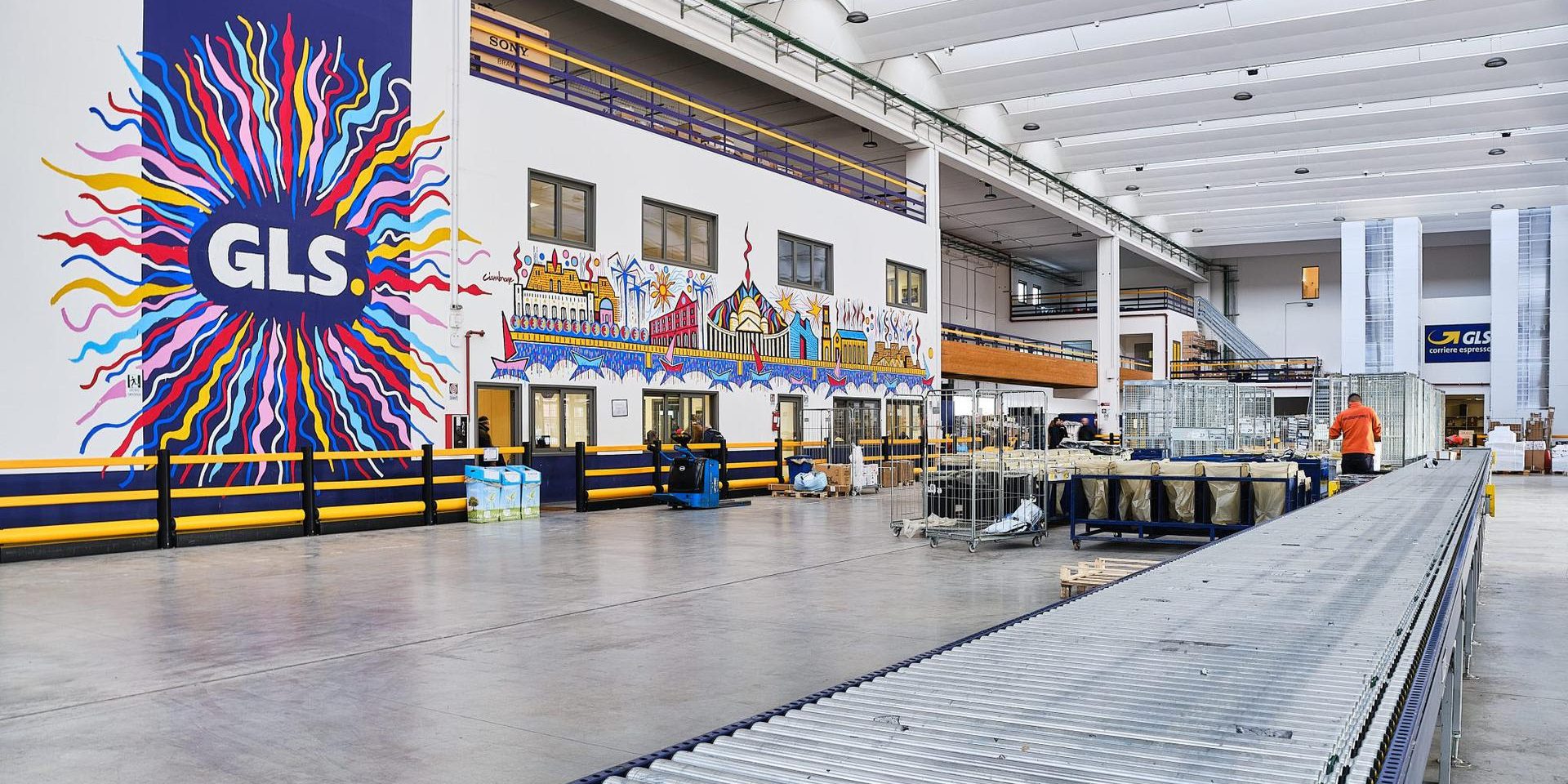 Temi Spa, GLS’s exclusive licensee for Naples and its province, has inaugurated a new logistics headquarters in East Naples with a large facility of more than 8,000 sq. m., including 1,500 sq. m. dedicated to offices, meeting rooms, multipurpose rooms and an auditorium. A 12 million euro investment that could not fail to include a modern audio-visual infrastructure entrusted to SmartNet srl.

“The management and logistics headquarters in East Naples is the flagship of Temi Spa, which has four other locations, in Frattamaggiore, Nola and Mariglianella. Our company is the parent company of the Tavassi Group, which has been active for three generations in logistics, transportation to and from abroad, distribution in Europe under the Gls brand and customs consulting,” explains Francesco Tavassi, president of Temi Spa.

“This facility,” Tavassi explains, “is the result of Temi SpA’s desire to achieve sustainability, both environmental, especially energy, and social, understood as attention to the welfare of the business community. Both the warehouse and the office building were designed to take advantage of sunlight for a drastic reduction in artificial lighting. We are in the process of installing a photovoltaic system on the roof, to the south of the industrial building, for an output of about
“As for the facilities for the well-being of the corporate community, we can count the canteen with a full professional kitchen; the cubicles equipped with full beds and services available to the line drivers; the gymnasium available to the staff; and the health room designed before the Covid emergency, where the staff can be checked in full compliance with health regulations and privacy,” Tavassi adds.
“The IT management of Temi Spa,” he illustrates, “is therefore also oriented toward sustainability: we have chosen the audiovisual infrastructure proposed by SmartNet srl, which represents not only the cutting edge of that type of technology, but also energy savings.

“The new headquarters reflects the growth and dynamism of the logistics sector. In such a fast-paced and vibrant environment, we were asked to create a premium, yet extremely intuitive, flexible and scalable audio-visual solution to ensure seamless operation without the need for an on-site technical contact person,” premised Marco Pirone, Networking Engineer at SmartNet.

The system integrator’s team, building on its long-standing technical collaboration with Panduit, has designed a robust and fast network infrastructure on which the technologies of the different environments are articulated and which allows for timely remote management, updating and maintenance while optimizing the investment.

As well as a room dedicated to meetings, corporate events, training and refresher workshops. A multifunctional and representative environment, which welcomes with a long glass window overlooking the Bay of Naples that required special arrangements for a setup that is as flexible as it is discreet.

An LG Business Solutions 3×3 video wall was chosen as the visual medium, whose brightness and contrast enhance the content managed with a modular approach using Atlona Velocity; multiple video sources can be shown simultaneously, either divided into blocks or as one large image. In addition, the background can be customized with event graphics for application flexibility that well reflects the many functions of the room.

The Velocity system is not limited to the video wall, but controls all room parameters, from volumes to microphones to video sources, through a simple interface on the hall tablet. Making the start of each meeting even more immediate is the installation of a matrix on the podium that allows you to connect to the system with your own device, trivially via USB. The BYOD (Bring You Own Device) approach speeds up and facilitates the conduct of productive meetings by avoiding the use of an unfamiliar laptop.

“The new GLS headquarters is a striking example of how it is no longer possible to think of an AV infrastructure separate from the IT infrastructure. The entire audio-visual system implemented in this project is exploited to its full potential thanks to networked arrangements and integrations,” commented Dario Castaldo Sales Manager of Prase Media Technologies.

The podium is also equipped with Shure goosneck CVG18DS microphones networked via ANI4IN interface, which are complemented by an SLX-D wireless system when greater freedom of movement is required, without sacrificing professional audio quality and reliable wireless transmission despite the interference-saturated environment.

Sound diffusion was achieved with the elegant Cornered Audio C6 corner speakers, whose design harmonizes with the environment by directing amplification toward the audience and avoiding potential reflections on the glass wall. With the same criteria, the column speakers placed at the side of the video-wall were chosen, useful for the reproduction of video content for clear intelligibility up to the last row.

Several professional digital signage displays were deployed in the common and user meeting areas, on which precise, capillary and customized corporate communication is structured according to the location and operational activities.

A solution with a strong visual impact, enhancing the customer experience and at the same time the corporate perception, with in-house management directed by the IT department. The entire digital signage system is articulated on an IP infrastructure, over which AV streams travel that are regulated by the Omnistream platform, which is particularly appreciated for the standard protocols that allow its integration with other devices, in this case the DM8500 network audio processor with 64 Dante/AES67 channels.

“The displays distributed in the various areas of the new East Naples headquarters are also controlled remotely from the operations center via Velocity. In fact, the AV system has been integrated via API into the existing ConsolONE management platform, with which the customer manages any type of technological infrastructure, making the design and management of the Temi Spa offices in the province of Naples even more agile,” commented Marco Pirone, who concludes, “The customer has been very satisfied with the final result, as well as with the prospects for future scalability.”
“The Consol One management platform is the spearhead of the IT system developed for us by SmartNet. Thanks to Consol One we can know and monitor data regarding our work and data regarding all consumption, and thus sustainability. With Consol One we realize the purpose of Temi Spa: to achieve measurable and demonstrable sustainability,” concludes Francesco Tavassi.