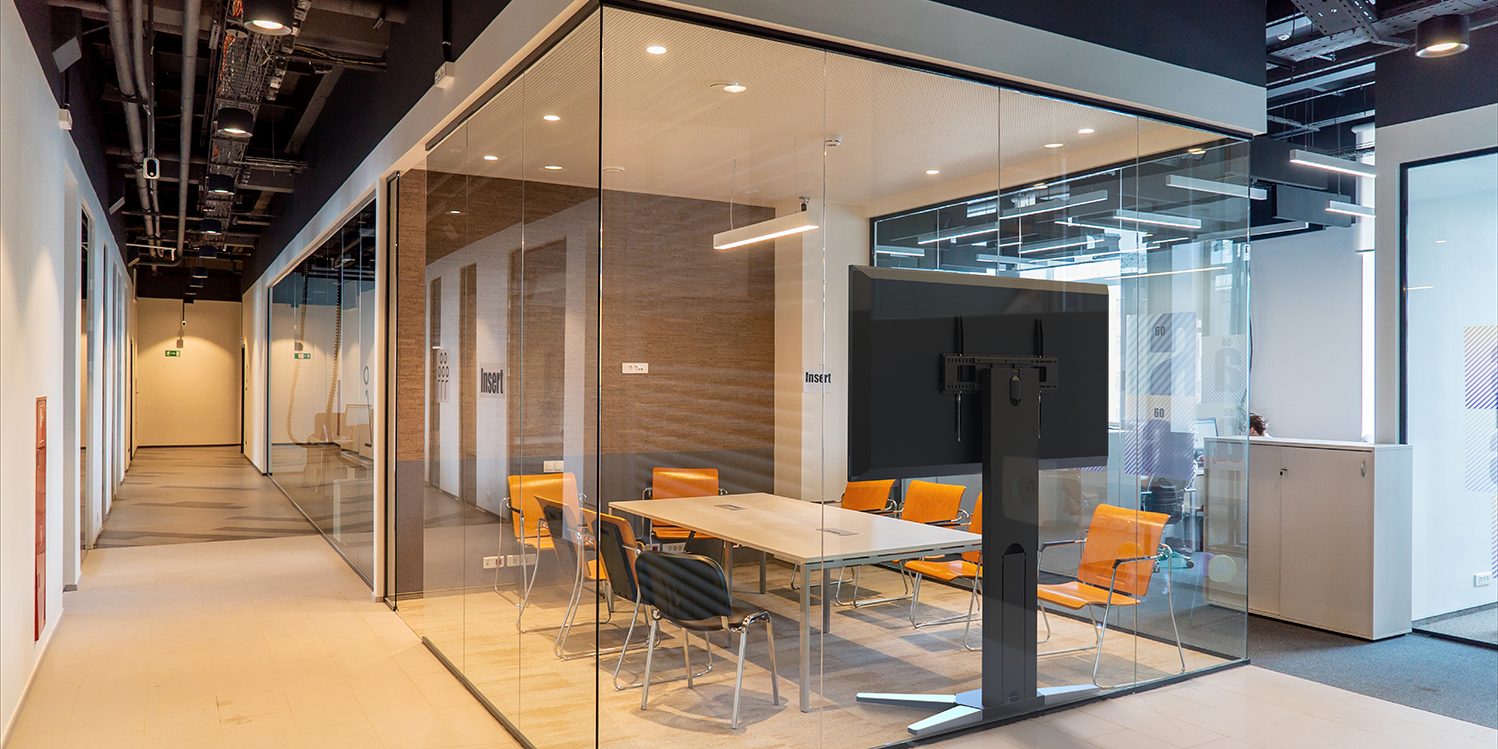 Available in four different versions, the new Vision F50 motorized support offers all the stability and solidity typical of Vision with, in addition, full compatibility with Microsoft Surface Hub 2S.

Name: Vision F50. Profession: Motorized floor stand for flat screens. Features: safety load 130 kg, suitable for flat screens up to 98”, height adjustment up to 800mm, control via wired remote control or RS-232. Distinguishing features: compatible (in all four of its versions) with Microsoft Surface Hub 2S. This is the “identity card” of the latest innovation launched by Vision, a brand that never gives up on developing and perfecting its products in all their potential.

The question that started the development of the new F50 is: can you really rely on the wall to support an expensive and heavy device like an interactive flat screen? The Vision F50 floor stand eliminates worries because it transfers weight to the floor, making installation not only easier but also safer. 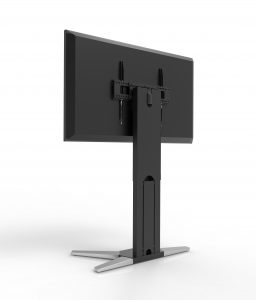 Equipped with motorized height adjustment, the support allows, with a simple button, to raise or lower the monitor, depending on the needs of use. The package includes a wired remote control that can be attached to the rear of the screen, but alternatively a control system can be used to activate the stand via RS-232 and add preset positions as well as an upper and lower limit to the extension of the mast (two drive shafts for vertical displacement). For moving the monitors, the “T” versions of the F50 stand offer wheels (however removable) as well as corner brackets for kiosk-style installation. The F51, F50T, F51T models offer a screen lift of 680mm instead of the 800mm offered by the main model, F50.

In all models, large entry holes allow for quick and easy cable routing, while the front cover can be removed for users to access everything they need. The inside of the column offers additional space to hide cables, media players, mini PCs and power distribution boards. All the components of the new F50 range, including the wall bracket, are supplied in a single box, and this is no small advantage. Vision also covers its products with a more than comforting lifetime warranty, demonstrating the solidity of construction and engineering. 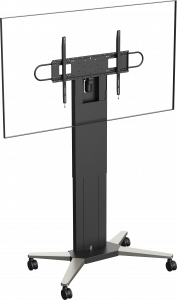 Finally, the F50 range includes VESA 800 × 600 support, compatible with most large format flat screens from 47” to 98”. If your display has a different VESA pattern, the other Vision Heavy Duty Wall Mounts (VFM-W4X4, VFM-W6X4 or VFM-W10X6) can also be used with the F50. All these VESA mounts allow both vertical and horizontal orientation. To further embellish the product, an optional 450mm laptop shelf, which can be fixed on the horizontal part of the wall bracket at four different heights, and an optional video conference shelf, which is fixed in the center, above or below the screen and is able to host cameras such as Logitech Rally or MeetUp, Yamaha YVC-1000 systems or Barco Clickshare CSE-200 base stations.

Full compatibility with Surface Hub is guaranteed by the included spacers explicitly designed for use with the 85” Microsoft Surface Hub.