For LG, at IFA 2019, important news in the field of gaming monitors, with the UltraGear series equipped with an IPS panel and a response time of 1 ms

For gaming applications, you know, speed of response is not important: it’s fundamental. The new generation of LG monitors bring the speed of play on the IPS Panel to a new level with a refresh rate of 240Hz. Presented at IFA 2019, the new lineup of gaming monitors is called UltraGear 1 millisecond according to IPS NVIDIA G-SYNC, and is designed specifically for experienced and demanding players.
The already known image quality of LG UltraGear monitors is therefore combined with significantly shorter response times. 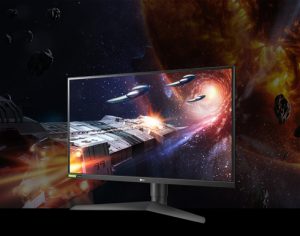 The IPS UltraGear 1ms GTG monitor (model 27GN750) boasts the fastest refresh rate in the range (240Hz), offering the speed needed to instantly tackle any game scenario, and adds to the existing 38GL950G and 27GL850 models, which both use the  Nano IPS technology to reproduce a color range that covers 98% of the DCI-P3 color space. Thanks to high resolution and flicker-free images, and a response time with a 144Hz refresh rate (overclockable to 175Hz in the 38GL950G model), UltraGear Nano IPS monitors deliver performance and features that allow the player to feel totally involved in the action of play. The 27GL850 is NVIDIA G-SYNC Compatible and supports HDR10, while the 38GL950G supports NVIDIA G-SYNC processors and is compatible with the VESA DisplayHDR 400 standard.

The 27” Full HD model offers a remarkable image quality, also thanks to the IPS display, which offers a uniform contrast over a wide viewing angle. Thanks to HDR10 support and smooth, tearing-free images or interruptions guaranteed by being NVIDIA G-SYNC Compatible and Adaptive-Sync, LG monitors offer experienced players a clear balance between performance and price.
The three UltraGear monitors include gaming-specific options such as Dynamic Action Sync, Black Stabilizer and Crosshair, the latter designed to improve accuracy in FPS games.
The new LG gaming monitors will be available in Europe and North America starting from the last quarter of 2019.