The Audio over IP according Genelec: new solution based on the new 8430A studio monitors with AES67 standard
At ISE just held in Amsterdam, Genelec has introduced its new solution for AoIP, the Audio over IP. Since 2010, Genelec invests on AoIP solutions. In practice, it has been shown an array of new studio monitor Genelec 8430A using the open AES67 standard, which enables high Audio-over-IP performance and streaming interoperability between various IP audio networking products, based on standards such as Ravenna, LiveWire+ and Dante. AES67 operates over standard Layer 3 Ethernet networks and is routable and fully scalable. The Genelec solution therefore offers considerable flexibility, which was given the test during the ISE with special demonstrations open to the public. 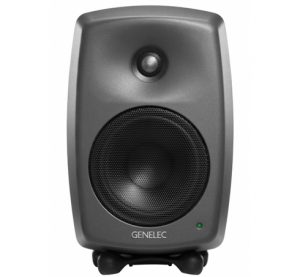 The AoIP technology enables the audio stream in high resolution on CAT Ethernet cables, without the need for proprietary cabling. The 8430A array therefore represents the culmination of several years of research and development. It’s based on Ravenna protocol and combines multiple connectivity options using an AES67 signal via XLR RJ45 connectors and a standard analog signal through a balanced XLR connector.
The 8430A model belongs to the Genelec SAM series (Smart Active Monitoring) of which retains the main features, such as MDE technology (Minimum Diffraction Enclosure) and Directivity Control Waveguide (DCW), in addition to the Genelec Loudspeaker Manager (GLM) 2.0 function, to allow precise adjustment of all monitor settings. The AutoCal function compensates the room response anomalies for an even more precise calibration of monitoring.
“The AoIP has increasingly become the professional audio world”, said Siamak Naghian, CEO of Genelec. “We are very proud to have been able to show in action the new 8430A model with the open standard AES67, in a multiple AoIP system. The result was the demonstration that AES67 is fully compatible with existing audio standards, and even more with a dedicated product as the IP 8430A array, in terms of flexibility, interoperability and scalability.”