The largest convention center in Europe has recently been renovated, with the installation of 36 Panasonic DLP projectors in 33 rooms, plus three plenary halls, with fiber optic signals transport in all areas
The renovation of the spaces of Fiera MilanoCity has allowed Fiera Milano Congressi (MiCo), a company of Fiera Milano Group specialized in offices coordinating with more than 500 events each year, to undertake a large technological modernization project since 2006. It also involved audio/video systems, with the aim of offering an all-encompassing, cutting-edge and flexible in-house service.
Panasonic DLP technology projectors were chosen, in particular thirty 7.200 lumen PT-RZ770 laser units and six 20.000 lumen PT-DZ21K2 lamp units. Today, the MiCo includes three plenary halls ranging from 2.000 to 4.000 seats, including a 1.800-seat auditorium, almost entirely configurable directly by customers, and 28 conference rooms, with basic equipment including a video projector, audio system, three wired microphones and speakers table with podium. Thirty PT-RZ770s were installed in the conference rooms, while six PT-DZ21K2 were dedicated to plenary rooms. Both models of projectors adopt DLP technology, single chip for PT-RZ770 and 3-chip for PT-DZ21K2.
The PT-RZ770 model, moreover, is based on two laser arrays, with an estimated life of not less than 20.000 hours without changing the air filter, optical engine resistant to dust and the possibility of instantaneous switching on and off. 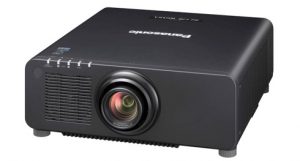 The PT-DZ21K2 model, chosen for the plenary rooms, is instead a high brightness 3-chip DLP video projector, with very compact dimensions and light weight (43 Kg).
Francesco Conci, CEO of Fiera Milano Congressi, illustrates the choice: “After having defined the brightness of about 8.000 lumens, based on the distance and the screen size, we opted above all for laser lighting technology. The choice of projectors reflects the original intention of maintaining a product differentiation of the offer, between plenary and congressional rooms.”
https://www.panasonic.com/it/

129
A coffee with Panasonic? Sure, at the Lavazza Museum!