Since September 2017, Ekinex has joined the KNX Italia association as a certified and recognized manufacturer of home automation solutions under the KNX standard.
KNX Italia has been, for over fifteen years, a reference point for builders, system integrators, polytechnics and research centers that have chosen KNX technology as a benchmark for building home automation systems and intelligent building automation. KNX Italia is the national expression of the KNX Association, the European association based in Brussels, which has determined the convergence process for the definition of the single KNX protocol and which today employs about 250 members in 29 countries.
The solutions developed in the Ekinex laboratories fit into the most advanced building according to the KNX protocol.
Engineer Roberto Rocco, member of the Ekinex Research & Development team and author of the book “Domotic with KNX. New ways of living with an open, interoperable and compliant home automation system”, commented: “Attention to the principles of sustainable development, comfort and energy saving combined with technological innovation and Made in Italy design added value to each of our products. The membership to the association was therefore a natural choice for a company that has been working with this standard for years and thus further certifies the quality of its products. The next few months will be rich in both national and international commitments for us and we will continue to engage in the spread of the KNX system.”
The Ekinex team will be present at many trade fairs, starting with Milan’s Architect@Work (29 and 30 November), the Italian edition of one of Europe’s major design events. In addition, Ekinex has been confirmed at the Light + Building in Frankfurt, which will be held from 18 to 23 March. To find out the Ekinex agenda for the coming months, you can consult the appropriate page on the company’s website.
www.ekinex.com 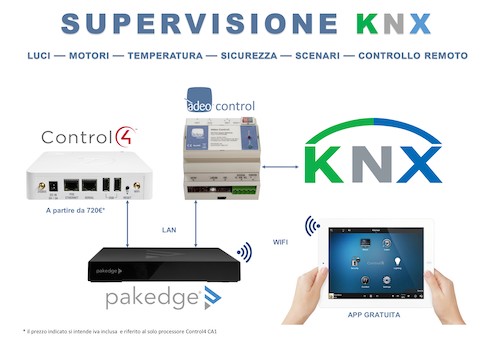 One sector, one future

We are sure you have already heard this motto... it was the title of the flash mob of show business …