You are here:
Articoli 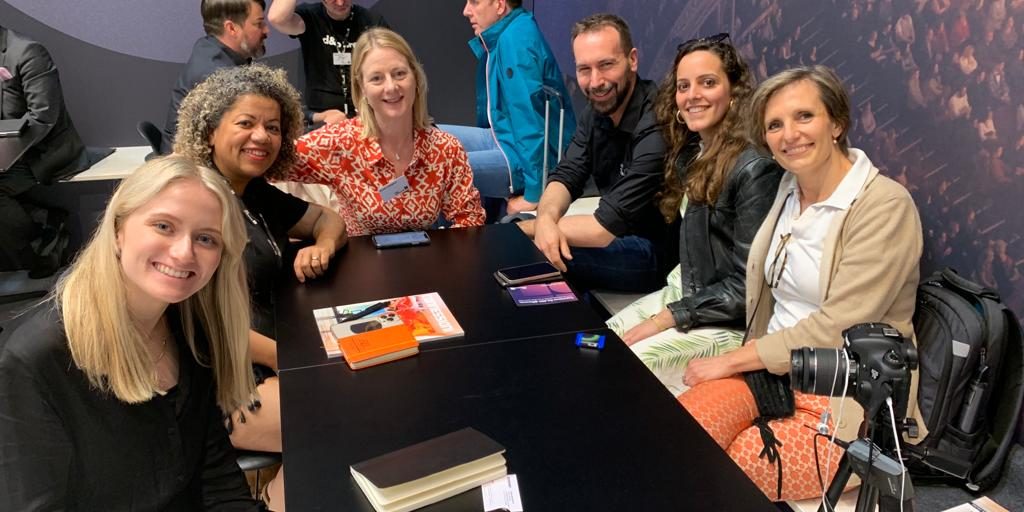 Around a cosy table on the stand we gathered with Sarah Sowa, Global Communications Manager, Kirsty Lamport, Marketing manager EMEA, Eva Ryan-Murphy from the company’s PR agency and Alessandro Bertoni Head of Sales Italy, with whom we discussed d&b audio’s various innovations at ISE 2022. From a product point of view as well as the philosophy behind it…

A prominent place on the stand was taken by the new compact four-channel D5 amplifier designed for the installation sector, which joins the xD family. A long-awaited release: modular and adaptable, essential even in price, it can be used both in small installations with only a few loudspeakers and in more demanding situations, and is especially intended for the smaller loudspeaker series, such as the E, xS, xC and T. Thanks to its modularity it can be effectively used in installations with Soundscape (d&b audio’s spatialisation platform), which involves a large number of sources. 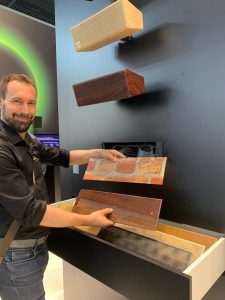 The booth also featured a small demo of the DS100, a 64×64 matrix and processor that enables, via the two optional modules En-Scene (software for localising sound ‘objects’) and En-Space (a module for recreating the first sound reflections, thus changing the acoustic response of rooms), the full potential of Soundscape to be handled.

Also on show were some modules from the A series (‘the augmented array’), launched in the wake of the pandemic and had not many opportunities to be exploited: it can form arrays of up to four loudspeakers and with various dispersion angles, to be used both vertically and horizontally, to cover spaces in a real customised way. Some XSL models were also featured, which complete the -SL family, a relatively small array but with a sustained SPL.

During the days of the show we were also able to participate in an engaging demo of the possibilities of Soundscape, in particular used to recreate a virtual acoustic chamber for classical music: a string quartet from Stuttgart performed a few pieces live and let us experience how, thanks to d&b’s efforts, it is possible to artificially obtain the optimum conditions for every type of listening. 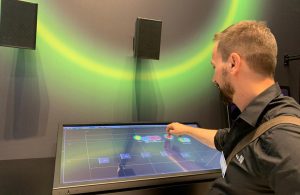 MetaOcean, metaverse for the Oceans
24 May 2022

ISE and women’s representation in the AV sector.
12 May 2022