Tuesday, February 13th the D-ILA day was held in Milan, an event by invitation for customers and integrators organized by JVCKENWOOD ITALIA and dedicated to the JVC HDR technology
The absolute protagonists of the day, together with Wataro Saegusa, JVCKENWOOD’s European Projector Sales & Marketing Group, were video projectors and HDR technology. Beyond the too easy contrast between HDR and SDR, the day has been configured as a “state-of-art” on HDR technology, in particular thanks to the DLA-X5900 videoprojector which, as explained by Mr. Saegusa, uses the renewed algorithm of the 4K e-shift5 technology to improve the reproduction of images both in case of high brightness and dark sequences. The HDR allows to obtain wider dynamic intervals in the recording and reproduction of the images, with well-conceived results: greater readability of light tones and greater definition in blacks. The HDR works thanks to different image processing algorithms. 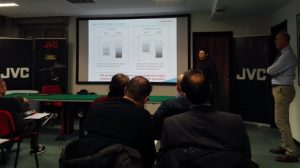 The screening of several cinematic sequences focused on dark tones, with night or dawn scenes, and refined documentary images, very colorful and defined, allowed the audience to appreciate the image rendering by the DLA-X9500. The projector, moreover, can take advantage of an automatic HDR mode as well as a series of manual adjustments (image tone, light/dark range…) that allow you to find the best balance for different projection contexts. In the second part of the day, the participants in the event could also act directly on the projector, modifying and experimenting with all the settings.
Among the particularly interesting things that emerged during the day, it’s worth mentioning the HDR Plus, which for JVC announces starting from late summer 2018, to offer an even wider range of colors and a greater ability to capture the nuances in apparently homogeneous images.
www.it.jvckenwood.com 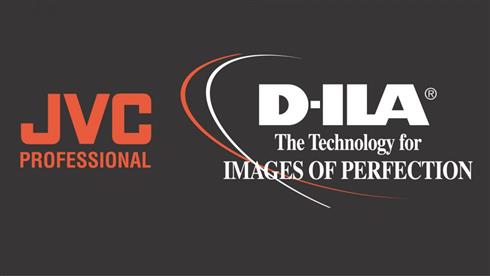