About Us Search Sign up to our newsletter Menu
Connessioni - Bridging Worlds > References > Christie at the Eindhoven Glow… looking forward to the next edition!

Christie at the Eindhoven Glow… looking forward to the next edition!

Christie at the Eindhoven Glow… looking forward to the next edition!

The last edition of Eindhoven Glow was a resounding success, and it’s already calling for the next edition, scheduled for November 2019, for mapping and lighting enthusiasts
A great variety of installations and light shows that have redesigned buildings and corners of the city: this is Eindhoven Glow, an all-Dutch mix between discretion and spectacle. For eight days the center of Eindhoven turned into a place as exciting as it was intimate.
And so, thinking in the opposite way, we start from two very different installations, both designed by Sahara Benelux: Glowie is an interactive cabin with just enough space for four people, but at the same time able to produce a great emotional impact, thanks also to the ten UHD 551-L LCD screens by Christie and Greenhouse Group. 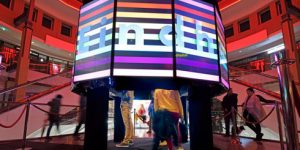 Confluence instead, in nearby Catharinakerk, offered virtual figures of dancing light through Victorian glass windows and a filigree architecture in a projection mapping show created by Ocubo and inspired by the confluences of the many rivers and streams of Holland. The effect was emotionally stimulating, but its creation was complicated by the dark bricks of the church. Twelve Christie D20WU-HS, very light and bright 1DLP laser phosphor projectors were needed to carry out the projection. 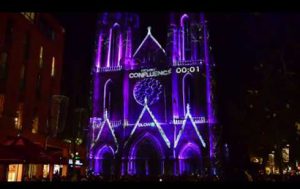 Moreover, we can say that the projection on ecclesiastical architecture is now a specialty of Christie. For the screening that celebrated 40 years since the appointment of the Cathedral of Aquisgrana, one of the oldest cathedrals in Europe, at UNESCO World Heritage Site, fourteen Christie Boxer 4K30 projectors were used, supplied and prepared by Publitec. 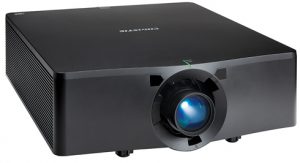 In short, Eindhoven Glow is one of those occasions in which the most advanced technology meets the spirituality of places and buildings, offering unexpected, unique and undoubtedly fascinating results. There is more than enough to wait, with trepidation, for the next edition, scheduled for November 9-16, 2019. Always, we are sure, with Christie among the protagonists.
https://www.christiedigital.com/en-us
https://www.gloweindhoven.nl/nl