BTicino protagonist in the Mission Angola 2019

BTicino protagonist in the Mission Angola 2019

In the Angola Mission 2019, BTicino played a fundamental role in supporting the association Elettrici Senza Frontiere Italia Onlus. Founded in 2015, on the model of the French NGO Electriciens sans frontières, with which it closely collaborates, Elettrici Senza Frontiere brings together professionals in the electricity sector with the aim of creating sustainable, safe and affordable solutions for access to electricity and water, such as development levers for the countries that are still lacking. 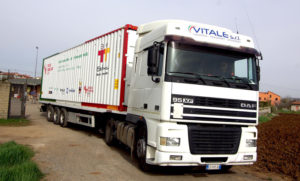 The Angolan mission has been called “Giving light to mothers and newborns of Chiulo”, and has led to the renewal of the electrical distribution systems of the Chiulo Hospital, which serves a catchment area of 350.000 people, through the installation of a 50 KW ground-mounted photovoltaic system that will guarantee the continuity of electricity supply, which is essential for facilities such as operating theaters. In short, it was an eco-sustainable engineering project that included the electrification of the entire structure, the supply of photovoltaic solar panels and a battery storage system.
BTicino is Official Sponsor and supplier of mission products on the initiative of the internal Lei@bticino network, focused on the female universe and diversity. The Chiulo hospital facility is indeed specialized in assisting women not only during childbirth, but also for the prevention and treatment of HIV/AIDS and tuberculosis, and the recovery of malnourished children. BTicino has made available a general electrical panel and 1.250 electrical components for the renewal of the plant. “Medici con l’Africa Cuamm” is the NGO reference of the mission, which includes companies such as Enel Green Power and Prysmian Group as product suppliers, Work System for components, the Autonomous Province of Trento as institutional support.
“We are proud to have contributed to this important project that will increase the efficiency of the Chiulo Hospital and will allow more and more women and children to have access to adequate health services”, said Franco Villani, President and CEO of BTicino. “BTicino has been a partner of Elettrici Senza Frontiere since the year of its foundation, it has also provided its support in Congo and Kenya, contributing to the objective of guaranteeing access to reliable electrical services to more disadvantaged countries.”