About Us Search Sign up to our newsletter Menu
Connessioni - Bridging Worlds > References > AudioForum@ISE2018… a full house!

Yesterday, in the room on the first floor of the Amtrium Hall at the RAI in Amsterdam, the XII edition of AudioForum, the educational event dedicated to the audio community, took place. Organized by Connessioni, in collaboration with AES, with the support of ISE and sponsored by Genelec, it filled the room and met the expectations of those present
Our effort to bring the representatives of the associations and organizations that promote and support the primary protocols and platforms for audio networking in the same room, and around the same table, was probably rewarded. Indeed, the audience that attended the XII edition of AudioForum, dedicated to Audio Networking, was particularly numerous, varied and interested, actively participating in both the study sessions and the table discussions that took place after the seminars. A way to create small groups, facilitate exchange and the spontaneous flow of questions, and an option that was embraced by a good portion of those present, made more enjoyable by a round of beer for all.
The day began with a highly appreciated introduction by Umberto Zanghieri to the world of protocols, while recognizing a bit of history: the reasons for their creation, the first examples, their evolution up to today and the regions that steered it; following was Ruud Kaltofen, also another “old acquaintance” of the Forum, today President of the Dutch Section of AES, who spoke of the use of protocols in events and live events; next was a topic more connected to listening quality and the proper use of speakers and audio distribution for obtaining it, given by Thomas Lund of Genelec; the last speech of the morning came from Jeff Barryman, AES Life Member and Senior Scientist at Bosch, who introduced the topics of AES67 and AES70. Following in the afternoon were Henning Kaltheuner, Gareth Heywood and Andreas Hildebrand, representing AVNU Alliance, SDVoE Alliance and ALC NetworX (Ravenna), respectively. It was just a shame that there was (practically) one absence: Audinate (Dante), busy with their own event.
Special thanks to the day’s partners, first and foremost AES, Genelec and MM Concept (for technical support), and to the speakers that made themselves available, bringing high-level contributions to an audience—and this was the surprise—that was not just technicians. In fact, there were several managers of various large locations in attendance, struggling with renovations and expansions and desiring to obtain as broad a basic picture as possible of the possibilities offered by the market.
www.audioforum.connessioni.biz 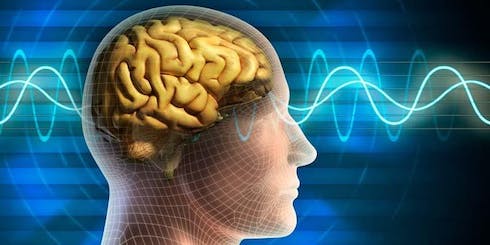